Sustainability is the current hot topic. Awareness of sustainability has also become a key focus of corporations.

Companies that want to play an active role in shaping the future must not only be prepared for change, but must also assume responsibility. For DEUTZ, this means achieving economic success in harmony with accepting social, corporate and ecological responsibility. In order to link sustainability aspects more strongly and long-term with the corporate strategy, DEUTZ has developed a Group-wide sustainability strategy for the first time in 2019. For this purpose, the main sustainability topics were defined and corresponding performance indicators were identified and tied in with qualitative and quantitative targets for 2023. At the same time, potential measures were worked out to achieve the set goals. The ‘DEUTZ Sustainability Vision 2023’ represents the entirety of these goals.

DEUTZ has divided its commitment to sustainability into three fields of action. Each of them summarises the key topics for the company based on the following themes: Social responsibility, corporate responsibility and ecological responsibility. For example, the topics focus on increasing the share of sales of electrified drives, reducing emissions from production sites, reviewing major suppliers with regard to respect for human rights, or promoting the proportion of women in management positions and in the overall workforce. 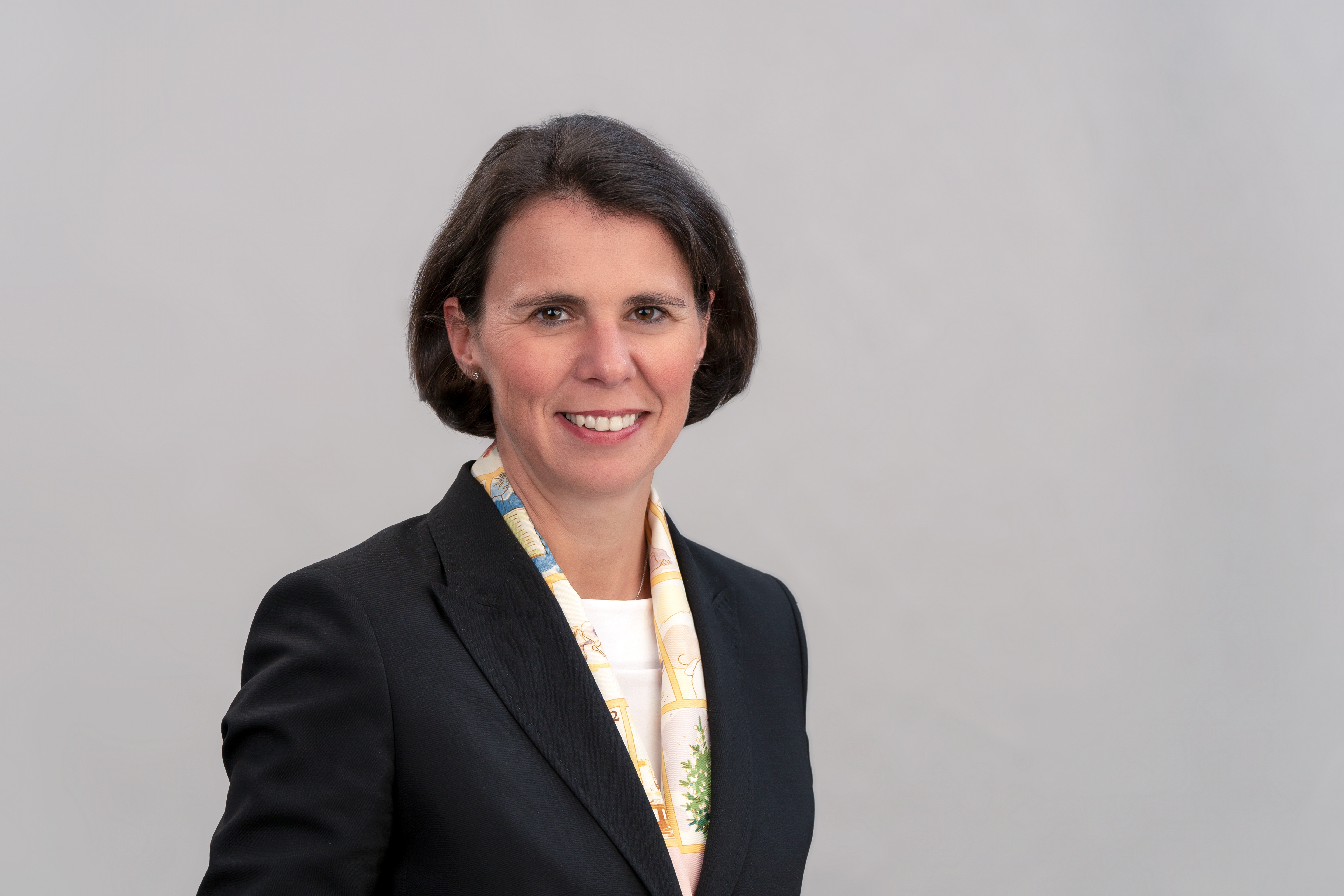 ‘Firmly entrenching sustainability aspects in the corporate strategy is not a luxury, but something from which we can benefit in many ways.’

Part of the overall focus for all areas is to identify where further sustainability aspects can be incorporated in existing processes. For example, an analysis and evaluationof sustainability and handling aspects was carried out in the logistics centre at the Cologne-Kalk site by comparing wooden crates and cardboard packaging. The ecologicalaspects as well as the costs for production and disposal were compared. The investigating team compared the required storage capacities in unpacked and packedcondition as well as how much transport was needed for delivery of the packaging materials and plant transports. In order to determine the most sustainable and simultaneouslymost optimal solution in terms of handling, the handling aspects of packing and unpacking were also taken into account in addition to the sustainabilityaspects. To find out more, click here:

THE CONSTRUCTION SITE OF THE FUTURE

Sustainability and zero emission: two hot topics that go hand in hand - Including in mechanical engineering

More and more manufacturers are turning to environmentally friendly electric drives to power their off-road machinery. However, the widespread use of electric machines in the off-highway sector is still in its infancy. One possible reason for this fact: While electric cars, electric trucks and other commercial vehicles with electric drives as well as their charging infrastructure are already extensively subsidised by the government through purchase and tax assessments, the subsidy currently does not apply to the off-highway sector yet. Therefore, the barrier of entry for companies to invest in electric off-highway applications and corresponding charging infrastructures remains high. However, the German government has expressed a clear interest in promoting alternative drive technologies – whether in the field of electrification or other alternative technologies such as hydrogen. After all, construction machinery with alternative drive systems can make a significant contribution to achieving the planned climate targets.

More awareness for the 'off-highway' sector

If you’re talking about state funding programmes for electrification, the focus is still unilaterally on cars, trucks and buses’, says DEUTZ CEO Dr Frank Hiller. For the 54-year-old, that is not enough. ‘In the meantime, inland waterway transport is increasingly mentioned as another area where these subsidies can be applied and occasionally agricultural engineering applications are also considered. By contrast, the off-highway sector, which is important for the German economy and the key sector of mechanical engineering have so far played a subordinate role in the political debate surrounding potential measures to promote electric battery drive solutions.’ The company therefore advocates explicit consideration and naming of the off-highway sector and mechanical engineering as part of the electromobility expansion. After all, the CO2 savings derived from switching to an electrically powered construction machine are quite impressive: 200,000 engines consume around 2 billion litres of diesel per year at medium load and running times. This corresponds to 5.3 million tonnes CO2. If 15% of the engines were replaced by CO2-free drives (hydrogen engine + electrification) in the future, it would lead to a reduction of almost 800,000 tonnes of CO2 per year.

‘We need to expand existing subsidies in the field of electromobility for off-highway applications and the corresponding charging infrastructure. Clear tax incentives make the decision for an alternative drive concept attractive and reward it in the truest sense of the word’, says Hiller. The hydrogen topic also offers a wide range of potential applications. Hiller stipulates that here too, the off-highway sector must be taken into account in the Federal Government’s hydrogen strategy and the hydrogen combustion engine must be treated like a viable alternative to the fuel cell. ‘The federal government has clearly committed to be open-minded for different technologies and wants to promote it consistently. Nevertheless, the hydrogen topic is still equated with fuel cell technology in most funding projects and funding opportunities today. Technologies that represent an alternative or supplement to fuel cells, such as the hydrogen combustion engines, should be treated equally in all funding and legislation’, says the DEUTZ CEO. DEUTZ has recognised the potential of the new technologies and offers its customers robust, powerful and emission-free drive as an alternative to traditional combustion engines – fully electric, hybrid or hydrogenpowered.

Interview with Dr. Frank Hiller about promoting the off-highway sector

Dr Hiller, the German government recently presented its electrification and hydrogen strategies in the context of achieving the climate protection targets for 2030. Are they in line with your ideas?

Let me clarify first: I think that the topic of climate protection has probably never been given such a high level of attention at the political level as right now – and that is a very positive development! After all, we must not lose sight of our climate policy goals even now, while we are trying to contain the economic consequences of the coronavirus pandemic. After all, we can only make a contribution to CO2-neutral mobility of the future by being open to further technological development. However, when looking at the federal government’s support for alternative drive concepts as a whole, I believe that the off-highway sector has been somewhat neglected.

Where do you personally see a need for action?

For example, I would like to see explicit consideration and naming of the off-highway sector and mechanical engineering as part of the electromobility expansion. After all, with its various application areas, such as construction machinery, agricultural machinery, inland navigation, etc., this sector is a highly relevant factor in terms of CO2 reduction. Applications in the off-highway sector are explicitly mentioned as part of the hydrogen strategy, but they are currently still limited to fuel cell technology. Nevertheless, I think it is great that, within the framework of the recently presented National Hydrogen Strategy, the support measures within the National Innovation Programme for Hydrogen and Fuel Cell Technology (NIP) are being continued, although the focus is on market activation in the railway and waterway (inland and coastal navigation) transport sectors, among other things.

What contribution could politicians make to promote alternative drive systems more strongly in the off-highway sector as well?

We are clearly advocating for an expansion of investment and tax incentives for off-highway applications, taking into account the potentially higher investment costs for off-highway applications compared to electric cars or electric trucks. Programmes for electrical retrofit solutions for existing machinery would also be an option. Due to the high investments required for off-highway vehicles and the generally significantly longer service life, a retrofit solution with an electrified powertrain could be a cost-effective alternative for many users, which should be stimulated by subsidies. Furthermore, we are making the case for development and use of mobile charging infrastructures on construction sites by using electrical intermediate storage facilities. While the development of charging infrastructure for electric cars and electric trucks is progressing, supplying construction sites with sufficient charging infrastructure for construction machinery is an obstacle to the use of alternative electric drives in the construction industry. There are also no customer-ready solutions for these applications that have been tried and tested in the construction industry. The development and utilisation of mobile electrical intermediate storage units would be another way of creating an incentive for electrical applications on construction sites. 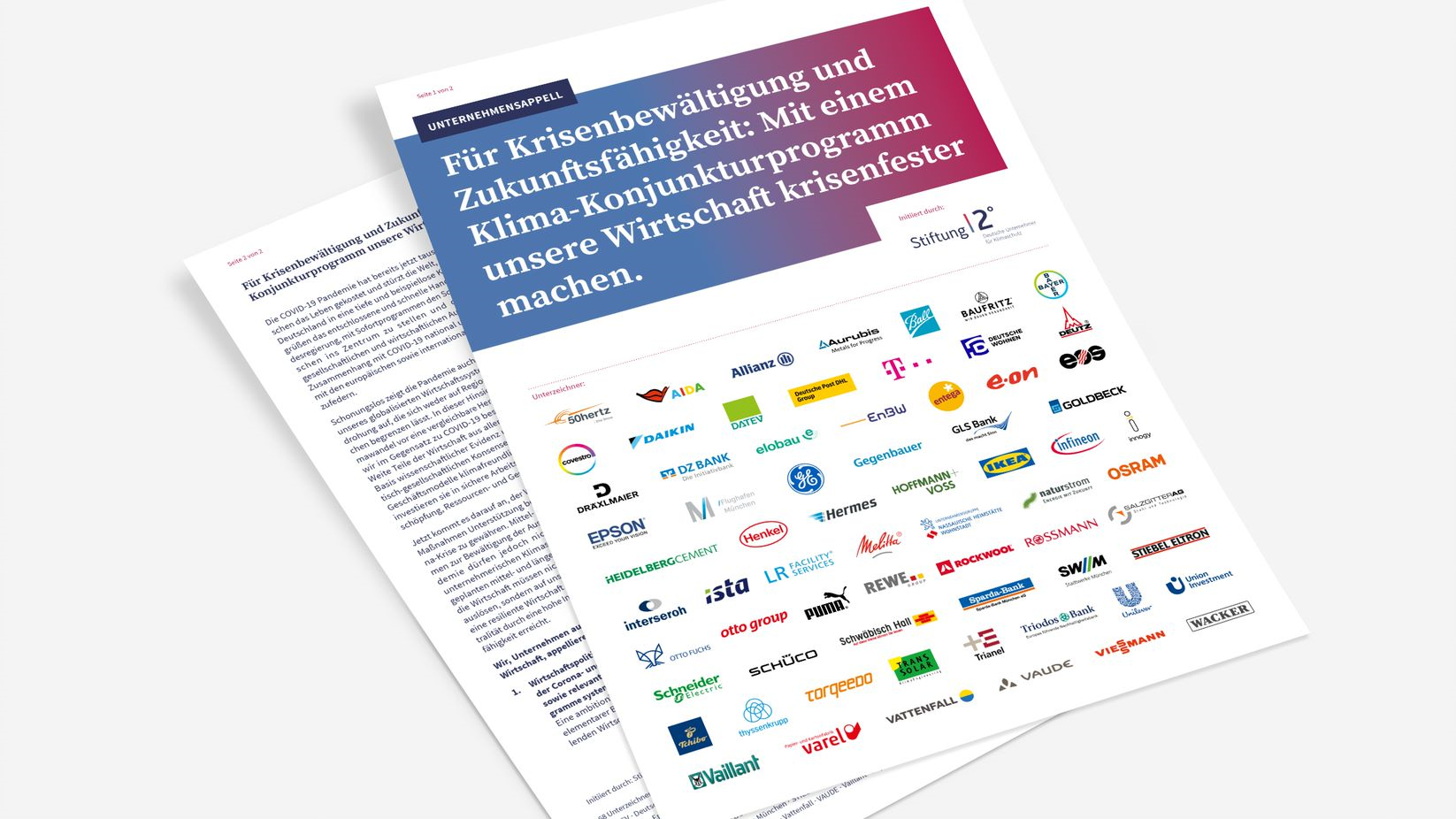 WE ARE MAKING OUR VOICE HEARD

For people, the enviroment and the economy

At the start of the Petersberg Climate Dialogue, DEUTZ and 67 other companies approached the German government to campaign for a climate...